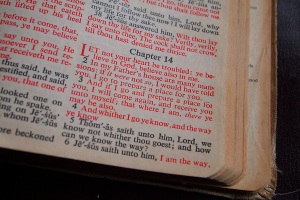 Art was a graduate of Rushford Central School, class of 1945, and attended the former Rushford United Methodist Church. He was a former employee for Borden’s Milk Plant for 21 years, later worked for Monroe Games followed by Motorola and Prestolite for 15 years until his retirement in 1989.

He enjoyed hunting, traveling, playing euchre, baseball, basketball, bowling and was an avid golfer but most of all he loved spending time with friends and family.

In addition to his wife and parents he was predeceased by a sister, Eva Alderman.

Family and friends may gather from 4:00 pm to 7:00 pm on Monday, March 14, 2022 at the Kopler-Williams Funeral Home, 21 N Genesee Street, Fillmore where a funeral service will be held on Tuesday, March 15, 2022 at 3:00 pm. Bob Schooley, pastor of the Centerville United Methodist Church, will officiate. Burial will be in Rushford Cemetery, Rushford.

To send flowers to the family or plant a tree in memory of Arthur M. Smith, please visit our floral store.

Your browser does not support this video format. You should be able to view it in Chrome, Safari or Internet Explorer.