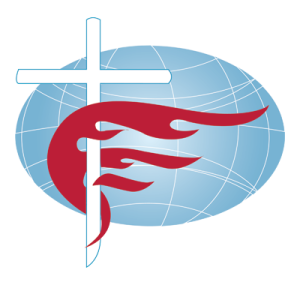 Houghton --- Beulah Mae Avery, 92, of Greenhurst, and a former resident of Gardiner, Maine; Johnson City and Houghton died Friday, December 4, 2020 in Heritage Green Rehab and Skilled Nursing Facility, Greenhurst. She was born on July 26, 1928 in Bower, Braxton County, West Virginia, a daughter of the late William Homer and Irene Pearl Knight Nicholson. On February 10, 1946 in Newport, Rhode Island she married Calvin Coolidge Avery, a Navy sailor who had begun courting her that winter in Virginia while she was working in a telegraph office. They enjoyed 42 years of marriage together before his passing in 1988.

Beulah and Calvin raised 4 children of their own plus many foster babies and toddlers, who thrived in such a loving home. They lived in 4 states before settling in the Gardiner, Maine area and building a dream home together in retirement. Beulah was raised by her maternal grandmother, Mrs. Annie Mazuria Wickline Knight of Lewis County, West Virginia after the sudden death of her mother, Irene, in August 1935.

Beulah enjoyed camping, crafting, traveling with Cal, all kinds of gardens both indoor and outdoor, and was a benefactor to many hummingbirds in her time. She and her family were instrumental in the organization of the Free Methodist Church in Gardiner, Maine -- including its physical construction -- and she enjoyed the fellowship of that community for many, many years.

Surviving are her children, Ronald L. (Earlene) Avery of Binghamton, Glen E. (Margery) Avery of Houghton, and Mary Anne (William) Tisdale and of Milford, N.H.; her six grandchildren, many great-grandchildren and several nieces.

In addition to her husband, parents and her maternal grandmother Knight, she was predeceased by grandson Michael Tisdale in 1990; her cousin Dolly Nicholson Steele in 2011; and her youngest son, Robert S. Avery in 2015.

Burial will be in Maine Veterans’ Memorial Cemetery, Augusta, ME.

Memorials if desired to: the American Cancer Society.

To send flowers to the family or plant a tree in memory of Beulah Mae (Nicholson) Avery, please visit our floral store.

You can still show your support by sending flowers directly to the family, or by planting a memorial tree in the memory of Beulah Mae (Nicholson) Avery