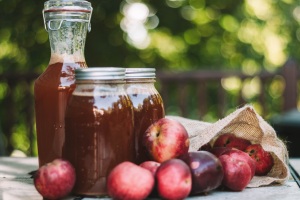 Harold was an avid drummer and loved musicals. He played in the Rushford Town Band, was a part of the bands OCTaves and AAFB and was active in the Olean Community Theater and the Bradford Little Theater. Harold also enjoyed growing apples and making apple cider.

Surviving are his children, Sydney Williams of Rushford, Stephen Gordon of Rushford, a sister, Sue (David) Garrett of Pittsburgh, PA, a brother, Glenn (Linda) Williams of Pickens, SC and several nieces and nephews.

A memorial gathering will be held at the convenience of the family. Burial will be in White Cemetery, Rushford.

Funeral arrangements are under the direction of the Kopler-Williams Funeral Home, 21 N Genesee Street, Fillmore.

To send flowers to the family or plant a tree in memory of Harold P. Williams, please visit our floral store.