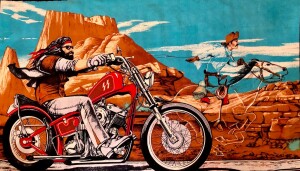 He loved tinkering with his numerous amount of gadgets, going hunting, fishing, golfing and riding his motorcycle. Paul was also an avid reader and researcher, he enjoyed playing the guitar but most of all he loved spending time with friends and family.

Paul also was involved in the Fillmore Little League and was instrumental in the creation of the 16 to 18 year old league and was active in the Boy Scouts with his two sons.

In addition to his father he was predeceased by three brothers-in-law, Peter Fuller on January 30, 2022, Roger Jones on November 6, 2021, David Perry and his notorious bad joke telling father-in-law, Dewey Perry on April 26, 2020.

To send flowers to the family or plant a tree in memory of Paul Merritt Miller, please visit our floral store.